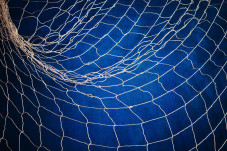 By Turtle Island Restoration NetworkApril 28, 2017Resources for the Media, Sea Turtles
No Comments

A gray whale was found off 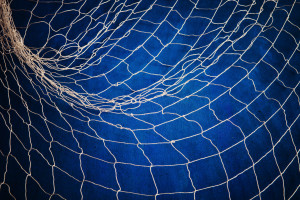 the coast of southern California recently with a 100-foot-long gillnet wrapped around its tail. Even after removal of most of the net, the injured whale continued to have difficulty swimming, a dire fact for an animal expected to be on its way to Alaska. The incident is a stark reminder of why California should close its drift gillnet fishery for swordfish, which has killed an estimated 800 marine mammals in the last decade.[1] Turtle Island Restoration Network has been working to end the fishery and have the few remaining fishermen switch to available, more sustainable gear to catch swordfish.

“The entangled whale observed off California’s coast is a sad reminder that we are failing to be good stewards of our oceans. We need to end California’s destructive drift gillnet fishery because gillnets are curtains of death for marine mammals like this gray whale,” says Cassie Burdyshaw, Advocacy & Policy Director for Turtle Island Restoration Network.

The net wrapped around the gray whale’s tail was so long, it had starfish entangled within its web, which indicates that the netting had been dragging along the ocean floor. Rescuers got close enough to cut off most of the 100-foot-long gillnet, but a later sighting showed some line still wrapped on the whale’s fluke. The whale was traveling slower than normal and was still in need of help.

The man who contacted the National Oceanic and Atmospheric Administration to get help for the whale, Mark Girardeau, said, “[i]t’s kind of sad seeing that. Rather than have a whale get old and get tired from being old, they are getting tired from being tangled from nets from humans.”[2]

According to data collected by the National Oceanic and Atmospheric Administration’s observation program, California’s drift gillnet fishery kills or injures approximately seven times more whales and dolphins than all other observed fisheries in California, Oregon, Washington, and Alaska combined, and 13 times more than any other single observed fishery on the West Coast. In fact, more than two-thirds of what is caught in California’s drift gillnets is bycatch – not the target species being fished – and is discarded overboard.[3]

California is the last state on the West Coast that still allows the use of harmful drift gillnets in its swordfish fishery. Large scale drift gillnets have been banned on the high seas, in other states, and in many countries worldwide because of the unavoidable impacts on marine wildlife, including whales, dolphins, sharks, pinnipeds, and sea turtles. Many of the species harmed are protected under state and federal law or covered under international agreements, such as the sperm whale, leatherback sea turtle, loggerhead sea turtle, common thresher shark, Bigeye thresher shark, smooth hammerhead shark, scalloped hammerhead shark, shortfin mako shark and longfin mako shark.

“The National Oceanic and Atmospheric Administration should focus on preventing whale entanglements in the first place. NOAA should stop allowing the destructive drift gillnet fishing that results in hundreds of marine mammal entanglements. NOAA should not allow the waters off California’s coast to be a safe harbor for this practice that isn’t safe for ocean wildlife,” added Burdyshaw.