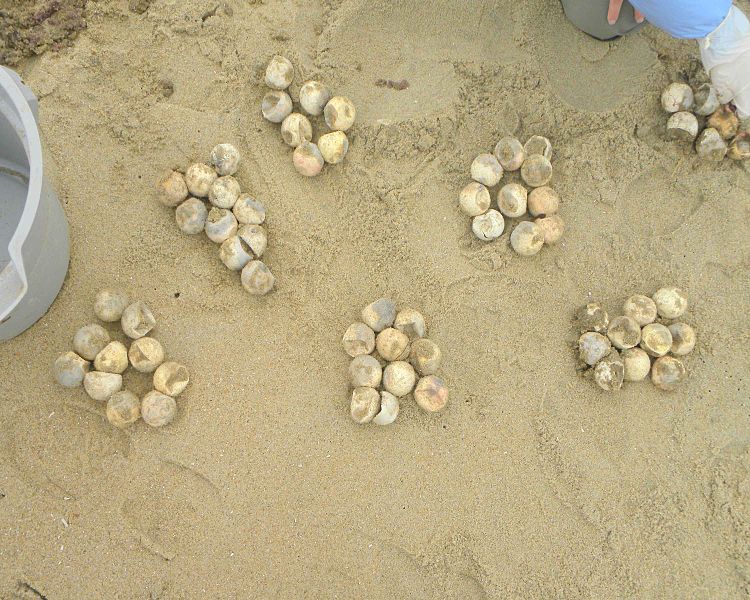 More and more new homes and condominiums are going up on Texas beaches which attracts not only tourists, developers and homebuilders but wildlife as well including the endangered Kemp’s ridley sea turtles. With the slow recovery of this magnificent marine animal, nesting Kemp’s ridleys are now seen each spring and summer from far south Texas north to the beaches of Galveston Island.

Since the Kemp’s ridleys are the only sea turtle species that nest during the day, not much thought has been given to lighting along Texas beaches, but it’s time to rethink this issue. On July 10, hundreds of loggerhead sea turtle hatchlings crawled to their deaths near Deerfield Beach, Florida, because a number of business and homeowners chose to ignore guidelines about lighting. The tiny turtles were crushed by cars, mauled by animals or died from dehydration as they struggled toward what they believed to be the safety of the water.

And what about Kemp’s ridley hatchlings? Dr. Donna J. Shaver, Chief of the Division of Sea Turtle Science and Recovery at the Padre Island National Seashore tell us that “ Kemp’s ridleys often hatch at night. In fact, this year we have released far more hatchlings right at dusk or in darkness at night than during the morning daylight,” she said in a recent statement. “Yes, turtles that are released at night go towards the brightest area. If there are hotel lights or streetlights, they will go toward them.”

Surely, Texas developers and homeowners can learn from the mistakes made in Florida and avoid the tragedy of Deerfield Beach by taking a few easy and inexpensive steps now. The Florida Fish and Wildlife Conservation Commission (http://myfwc.com/seaturtle/lighting/light_pollution.htm) has published the following guidelines:
“There are ways that beach front property owners can modify their lights to prevent them from being seen from the beach. The following is a list of suggestions (these solutions may need to be used in conjunction with one another in order to prevent sea turtle disorientation).
• Turn off unnecessary lights. Don’t use decorative lighting (such as runner lights or uplighting of vegetation) in areas that are visible from the beach and permanently remove, disable, or turn off fixtures that cannot be modified in any other way.
• For lights that can be repositioned, face them away from the beach so that the light source is no longer visible.
• Shield the light source. Materials such as aluminum flashing can be used as a shield to direct light and keep it off the beach. When shielding lights, it is important to make sure they are shielded from all areas on the beach (including from either side and on top), and not just from the beach directly in front of the light. Black oven paint may be used as a temporary solution.
• Light sockets with an exposed light source (such as plain bulbs) should be replaced with fixtures that are specially made to recess and/or the light source should be shielded.
• Replace fixtures that scatter light in all directions (such as globe lights or carriage lights) with directional fixtures that point down and away from the beach.
• Replace lights on poles with low profile, low-level lamps so that the light source and reflected light are not visible from the beach.
• Replace incandescent, fluorescent, and high intensity lighting with the lowest wattage low-pressure sodium vapor lighting or replace white incandescent bulbs with the yellow “bug” light variety of 25 watts or less for incandescent and 9 watts or less for compact fluorescent.
• Plant or improve vegetation buffers (such as sea grapes and other native beach vegetation) between the light source and the beach to screen light from the beach.
• Use shielded motion detector lights for lighting, and set them on the shortest time setting.
• To reduce spillover from indoor lighting move light fixtures away from windows, apply window tint to your windows that meets the 45% inside to outside transmittance standards for tinted glass (you’ll save on air conditioning costs too!), or use window treatments (blinds, curtains) to shield interior lights from the beach.”
The 2007 nesting season has come to a close but residents and beachgoers should be alert for hatchlings trying to get from an undiscovered nest on the beach to the water during the late evening and night. Hopefully, steps will be taken by developers, landlords and homeowners during the fall and winter to install turtle-friendly lights and take other measures that will prevent the unneeded deaths of endangered Kemp’s ridley hatchlings next year.