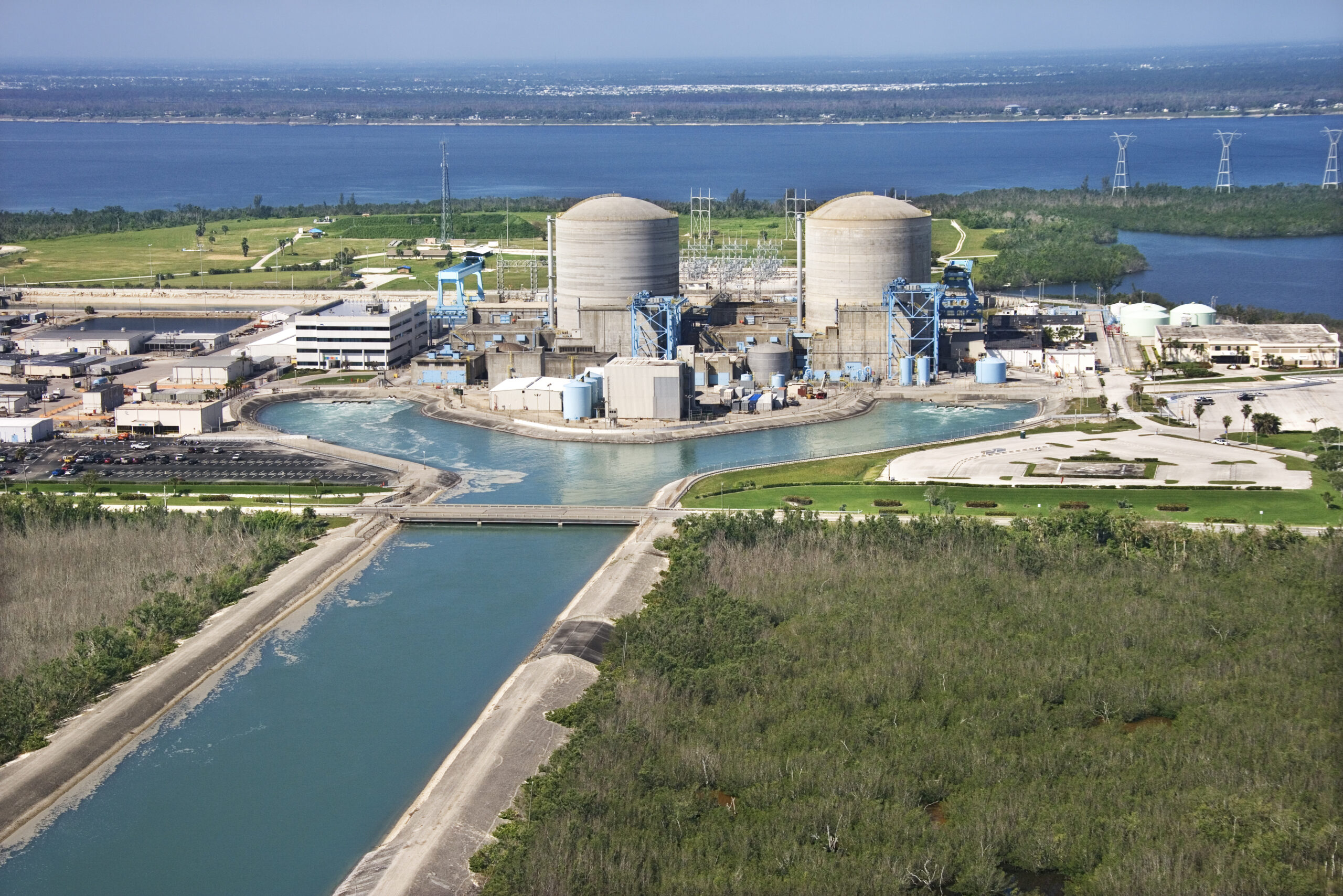 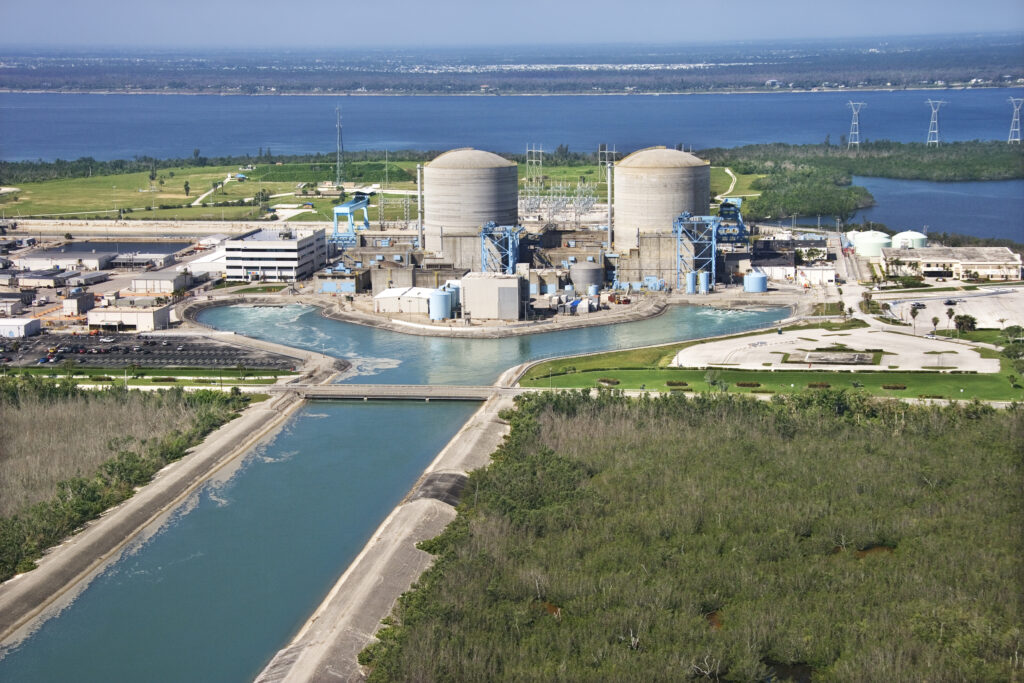 Turtle Island Restoration Network and Beyond Nuclear filed a formal notice in May of their intent to sue the U.S. National Marine Fisheries Service (NMFS) for failing to protect endangered species from illegal intake and harm at the St. Lucie Nuclear Power Plant in Jensen Beach, Florida.

For decades, cooling water intake pipes have sucked in and trapped animals, divers

For decades, the reactor site’s cooling water intake system, which draws in nearly three billion gallons of sea water daily, has routinely captured, harmed and killed thousands of marine animals, most notably endangered and threatened species of sea turtle as well as the endangered smalltooth sawfish. But it’s not just countless species of marine wildlife—two scuba divers were sucked through the unprotected cooling intake park on separate occasions, one of whom is suing the power plant for being entrained at the plant in 2016.

“For years, the National Marine Fisheries Service has knowingly allowed the nuclear industry to get away with murder, allowing endangered species to be sucked towards the edge of extinction in the name of unsustainable energy,” said Turtle Island Restoration Network Executive Director Todd Steiner. “Almost drowning humans hasn’t even compelled the federal government to take action, so we are.”

The notice states the Fisheries Service’s failure to insure that adequate protective measures are adopted in the power plant has resulted in incidental take exceedances for three endangered species is in violation of the Endangered Species Act (ESA). Smalltooth sawfish, Kemp’s ridley sea turtles and green sea turtles that swim too close to intake pipes in the Atlantic Ocean are sucked into St. Lucie nuclear power plant, which is owned by Florida Power & Light (FPL).

The Fisheries Service provides the plant with a limited “exemption” under Section 7 of the ESA that requires a scientifically prepared Biological Opinion from the agency to set “Incidental Take Limits” for protected marine animals. Since 2006 however, NMFS, FPL, and the U.S. Nuclear Regulatory Commission have been stalling a Section 7 Review for a Biological Opinion under the ESA.

“The responsible federal agencies have been out of compliance for decades,” said Deborah Sivas, director of the Environmental Law Clinic at Stanford University. “Allowing the continued unfettered entrainment of marine life through intake pipes is a prescription for disaster that undermines the Endangered Species Act and is a misstep we intend to solve through legal action.”

FPL has been obligated to limit the number of endangered species killed by the plant’s intake system since its operating license was amended in 2001. In 2016, National Marine Fisheries Service (NMFS) issued new rules that allow FPL to suck 1,143 protected sea turtles from the ocean into the St. Lucie nuclear power plant’s intake canal, with specific limits for each of the five species—143 more than before. In one year alone, the plant captured 933 sea turtles.

But after more than a decade of research and testing as required by a federal Biological Opinion under the Endangered Species Act, FPL has failed to deliver a functioning Turtle Excluder Device (TED) to reduce its excessive takes and harm to sea turtles and smalltooth sawfish at St. Lucie. Turtles presently are entrained into the large diameter pipe where they can be injured on the long turbulent ride only to be discharged into the plant’s intake canal where they are impinged on nets where they drown (suffocate) if not promptly rescued.

The best and most ecological operational change would be to require FPL to switch over from its current once-through cooling system and construct evaporative cooling towers to dramatically reduce the intake of cooling water and harm to endangered marine life and habitat, say the groups. Alternatively, St. Lucie’s current intake system should be required to install and maintain an operable TED as do shrimp trawls, thereby providing escape routes for turtles, rather than being drawn into the intake system risking injury and death. Instead, this requirement appears to have been removed from consideration by FPL and the NRC.

“Given this nuclear power station was built on a major sea turtle nesting beach, it’s outrageous that the nuclear industry is unwilling to make reasonable operational changes to save these endangered animals from harm and death,” said Paul Gunter, a spokesperson for Beyond Nuclear and co-author of Licensed to Kill: How the nuclear power industry destroys endangered marine wildlife and ocean habitat to save money. “The price that sea turtles, sawfish, and even humans are being forced to pay just to save the nuclear power industry money is simply too high and too drastic to accept,” he concluded.

Beyond Nuclear aims to educate and activate the public about the connections between nuclear power and nuclear weapons and the need to abandon both to safeguard our future. Learn more at www.beyondnuclear.org.