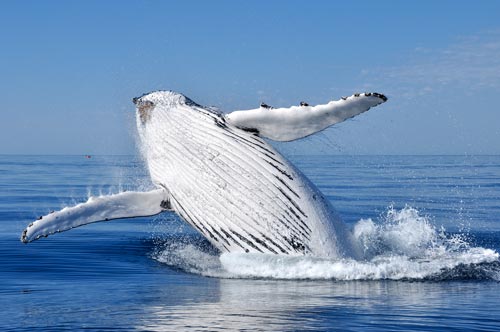 The Council’s actions come after Turtle Island Restoration Network delivered over 11,000 petitions in support of stronger protections for endangered marine wildlife, gave direct public testimony and submitted a range of letters, scientific analyses, calls for action from the scientific community, including faculty from Stanford University and five of the University of California campuses.

The new rules represent a significant step forward and an important interim measure toward shutting down the use of drift gill nets permanently. Drift gillnets used to catch swordfish tangle and kill many other marine animals wherever they are used, including off California’s coast, and must ultimately be replaced with cleaner fishing gear. These drift gillnets discard, on average, over 60 percent of their catch, and threaten a wide array of endangered, vulnerable, and rare sea turtles, marlins, sharks, dolphins, whales, seals, ocean sunfish, and dozens of other species. The vast majority of air breathing marine animals drown and die when captured by these nets, contributing to the steep declines in the populations of many of these species.

These nets have been banned in all other U.S. states and many counties internationally, including most recently Russia, which banned drift gill nets earlier this year. Only California retains their use in the U.S.

“The California drift gillnet fishery is among the world’s most destructive fisheries and it is past time we moved away from this destructive gear,” said Doug Karpa of Turtle Island Restoration Network. “The PFMC has taken a major step forward toward reining in this destructive gear, but it is time to recognize that ultimately drift gill nets are an archaic gear that cannot be part of any future sustainable fishery.”

“These hard caps should only be used as an interim measure until the Council officially outlaws deadly drift gillnets,” said Joanna Nasar, communications director of Turtle Island Restoration Network. “The continued survival of many vulnerable species of whales, turtles and sharks and the biodiversity of our marine wildlife depends on closing this fishery.”

This hard cap rule to protect whales, sea turtles, sharks and rays comes during the Council’s Sept. 9-16 meeting in Sacramento, CA. The Council voted in favor of imposing hard caps Sunday, and imposed performance standards on Monday. The final resolutions should be available at http://www.pcouncil.org/2015/09/38504/preliminary-draft-june-2015-council-meeting-motions-in-writing-2/ later this week.

Turtle Island Restoration Network is an international marine conservation organization headquartered in California whose 200,000+ members and online activists work to protect sea turtles and marine biodiversity in the United States and around the world. www.seaturtles.org @SeaTurtles_org