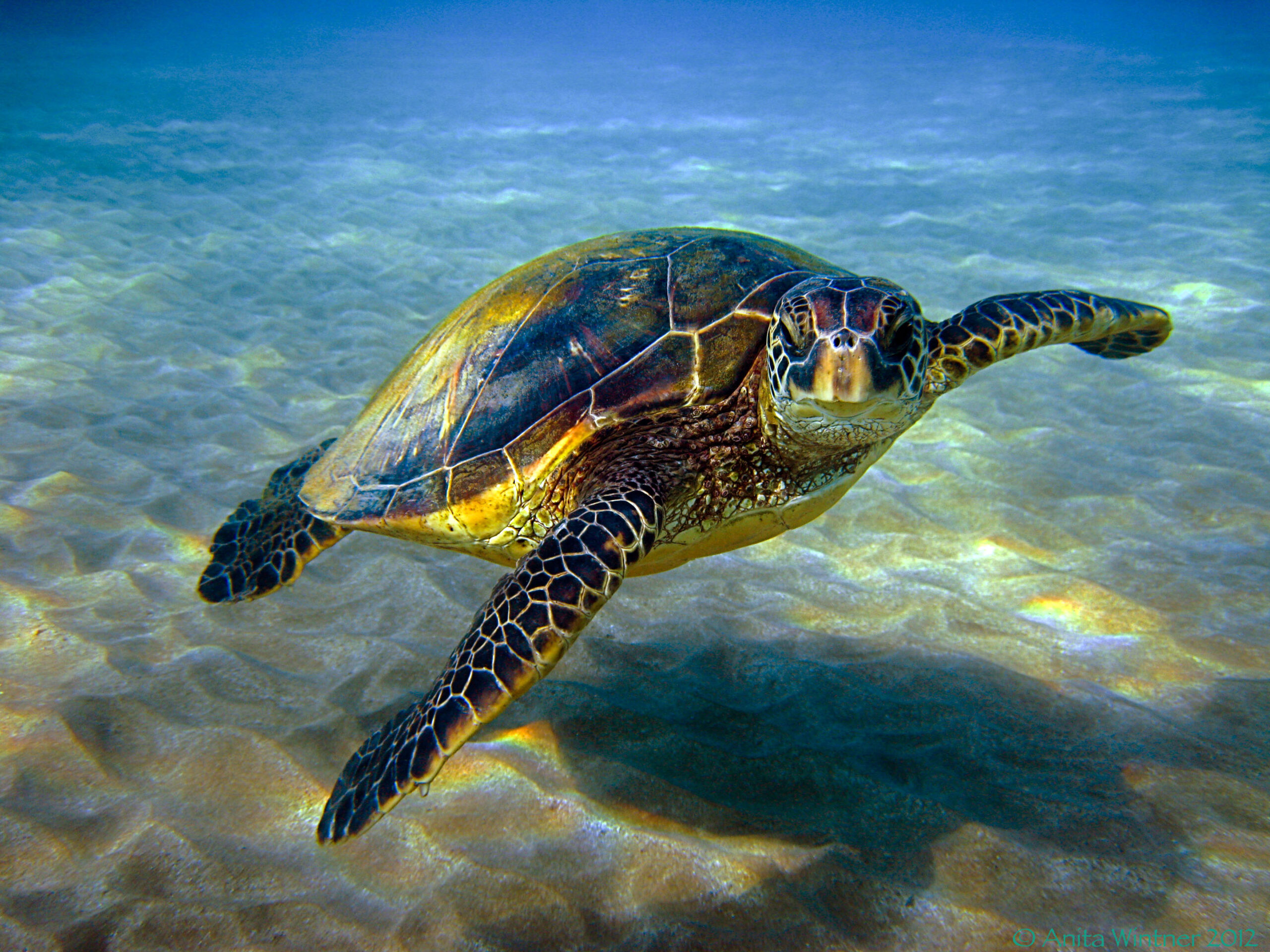 LIHUE — Hawaii’s green sea turtles should continue to be classified as threatened because its population is small and nearly all of them nest at the same low-lying atoll, federal wildlife agencies said Friday.

The Association of Hawaiian Civic Clubs petitioned the government in 2012 to study whether Hawaii’s green sea turtles might have recovered to the point where they no longer need Endangered Species Act protections.

“This makes them vulnerable to outbreaks of disease, rising sea levels and other threats,” Opay said. “You have all of your eggs in one basket, so to speak.”

“It is my opinion that turtles need to continue to be protected, given all the uncontrolled harm that comes to them and other marine life: poisonous runoff entanglement in nets and longlines, loss of nesting sites by human development and shore damage from ever-larger storm waves, starvation from eating drifting plastic bags,” wrote Katherine Muzik.

She said she did not see a good reason to lift the turtles from protected status, and encouraged people to examine behaviors and change them, and become involved in helping clean up watersheds and restore reefs.

“We’re threatening all kinds of life in the sea,” she said.

Terry Lilley said he is for “taking critters off of the Endangered Species List when they reach certain populations and the green sea turtle has rebounded wonderfully here in Hawaii, but their habitat is declining.”

“The Endangered Species Act protects habitat as much as individual species,” he said. “This is the intent of the law. The habitat of the green sea turtle is going down hill quickly so it would be very foolish to remove the turtle from the threatened list.”

He believes chemicals, sewerage, rising sea levels and military activity are affecting sea life and its habitat. He said the coral reefs in Kauai are declining rapidly and will have a significant impact on the green sea turtle.

“If the coral reef habitat in Kauai and Oahu was getting healthier then it would be OK to delist the turtle, but that is simply not the case,” Lilley said. “We’re far from saving this species here in Hawaii because of our detriment to the environment.”

Green sea turtles nest on beaches and feed in the ocean, eating mostly seagrass and algae. Adult females return to the same beaches where they were born every two to four years to lay eggs, sometimes migrating hundreds or thousands of miles.

The Association of Hawaiian Civic Clubs said at the time of its petition that delisting Hawaii’s turtles would return management of the animals to the state and allow more people in the islands to take an active role in taking care of them.

The association cited 2007 data showing Hawaii’s population of green sea turtles had been growing at an annual rate of 5.7 percent for three decades. The latest review showed a 4.8 percent annual growth rate.

Annelle Amaral, the association’s president, said the group is disappointed the agencies aren’t proposing to delist the population.

She said people who fish, harvest seaweed and otherwise rely on the ocean to feed their families tell her the number of turtles has grown so much the animals are moving inland — to places like the Hanalei River — to forage for food. She’s heard some areas are overpopulated with turtles, known as honu in Hawaiian.

NOAA and the U.S. Fish and Wildlife Service studied green sea turtle populations around the world as part of the review. The research prompted them to propose designating 11 distinct populations of the animals, including one in Hawaii.

They found separate populations of turtles in Florida and Mexico have recovered to the point that they proposed categorizing them as threatened instead of endangered.

But the agencies believe turtles in American Samoa and the Northern Mariana Islands, which were considered threatened before, should now be classified as endangered.

In their review, the agencies emphasized the need to protect vulnerable Hawaiian green sea turtles from the threats of climate change and sea-level rise, which could potentially impact their low-lying nesting beaches; as well as the need to protect honus from other threats from development to industrial fishing and pollution. Specifically, the agencies noted that drift gillnets and longlines are a major threat to green sea turtles, which are often caught as a bycatch.

“We are pleased to see that honus remain, rightly, listed as ‘threatened’ under the Endangered Species Act,” said Todd Steiner, executive director of Turtle Island Restoration Network. “Now, we need to ensure that they are adequately protected from deadly longline hooks and mega drift gillnets that trap, entangle and drown them.”

Green sea turtles are a big attraction for residents and tourists on Kauai. Snorkelers at Tunnels Beach on the North Shore or at Poipu Beach Park on the South Shore swim near green sea turtles when they spot one. The slow-moving creatures are favorites of guests on tour boats on the Na Pali Coast, who snap pictures with their GoPros.

But Lilley said he’s seen a decline in the health of green sea turtles on both the South Shore and the North Shore on Kauai.

“The number of turtles are way up, but their disease rates are going way up also, so it is not a good idea yet to delist them,” he said.

The agencies will be accepting public comment on their proposals for the next three months. They are scheduled to host a public hearing in Honolulu on April 8.