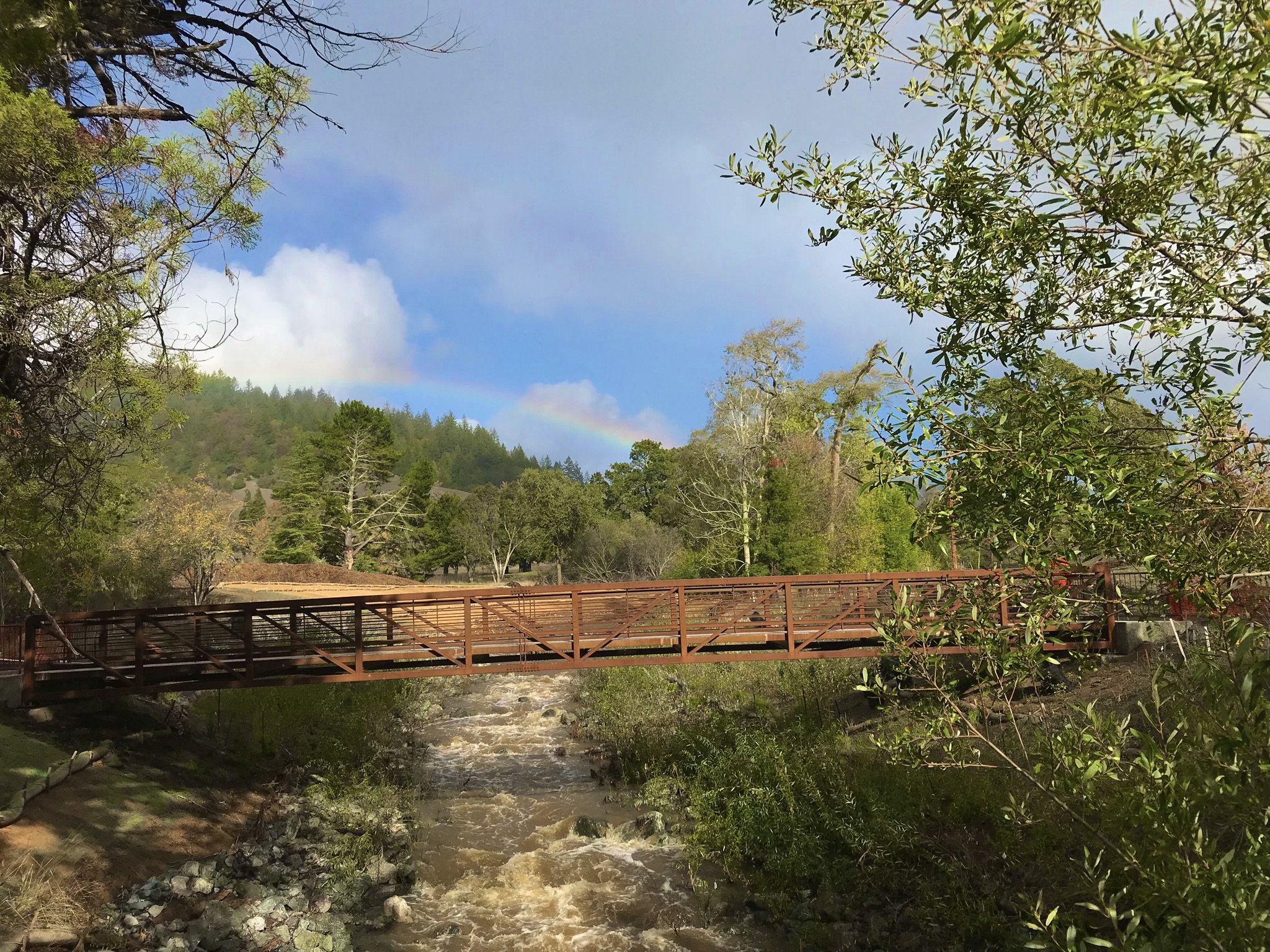 SAN GERONIMO, Calif.—What was once turf and concrete will soon be water-receiving floodplains and side channels benefitting wildlife and patrons of the former San Geronimo golf course, as the Salmon Protection And Watershed Network (SPAWN) completed the final construction of an extensive multi-agency restoration project.

The $2 million project, on land owned by the Trust for Public Land, created five acres of floodplain habitat, restored riparian habitat, and installed a new 100-foot pedestrian bridge, allowing visitors to enjoy views of San Geronimo Creek and connect to trails around the 157-acre property.

The project will benefit fish species, including endangered coho salmon and threatened steelhead trout, as well as numerous other wildlife species such as the endangered Western monarch butterfly. Newly created floodplains will make the riparian corridor more resilient to flooding and drought.

“Creating floodplains will allow the creek more room to maneuver, create habitat for wildlife, and make the riparian corridor more resilient to flooding and drought,” said Preston Brown, director of watershed conservation at SPAWN. “The site will see more water as well as endangered salmon returning from the Pacific Ocean to spawn this winter.”

A significant element of the restoration involved removing a 100-year-old dam last summer, known as Roy’s Dam, that was obstructing endangered coho salmon and threatened steelhead trout from migrating to and from spawning and rearing grounds from the Pacific Ocean. The dam was the federal government’s highest priority fish barrier in central California.

Another significant element of the restoration involved creating floodplains around large tree islands which will create pockets of large, mature trees that the creek will meander around and provide important edge habitat for aquatic wildlife. These tree islands will help retain shade over the creek and provide future sources of large woody debris.

Project engineering and design was conducted by Environmental Science Associates, and project construction was done by Hanford ARC and SPAWN. The majority of the funding came from the California Department of Fish and Wildlife and NOAA Restoration Center. Additional support came from members of SPAWN. Revegetation, site maintenance, and restoration monitoring is ongoing by SPAWN.

This winter volunteers will help plant thousands of native plant and tree species grown in SPAWN’s native plant nursery including redwood trees, coast oaks, blue elderberry, and hazelnut. Grasses and perennial plants establish and spread their root systems quickly, binding soil and stabilizing the newly cut slopes. Other trees such as redwoods and bigleaf maples will take a few years to establish root systems but will soon form the base of a healthy and resilient riparian forest. For more information visit www.seaturtles.org/events.

In 1999, NOAA Fisheries developed designs for a series of pools composed of metal sheet piles, concrete and large boulders to help get fish over the former Roy’s Dam. This effort resulted in the Roy’s Pools structure we know today. Although the conversion of Roy’s Dam to Roy’s Pools helped in getting adult fish over the dam, the Pools became traps for young fish. Stagnant water in the pools created breeding sites for mosquitoes and a home for invasive bullfrogs. In addition, the pools cut off access for young fish moving upstream and downstream of the site. 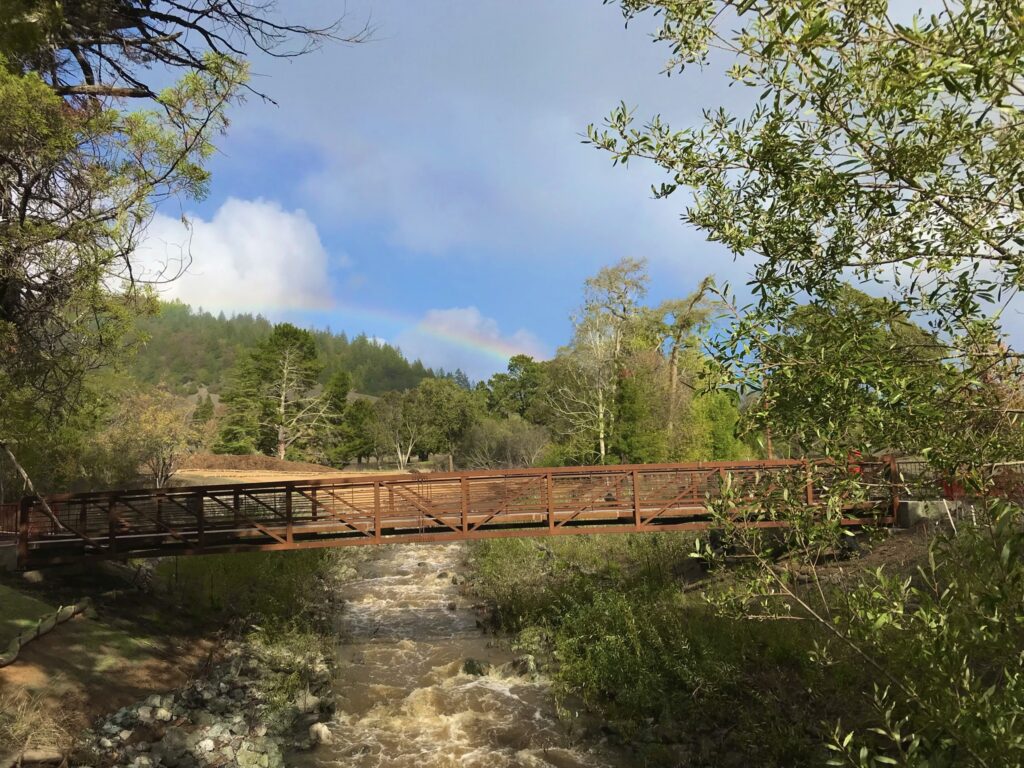 Roy’s Riffles restoration site. Photo by SPAWN. Image is available for media to use.

The Salmon Protection And Watershed Network (SPAWN) is a program of the global ocean conservation non profit Turtle Island Restoration Network that protects endangered, wild coho salmon and the forests and watersheds they need to survive in West Marin County, California. Learn more at www.seaturtles.org/salmon.