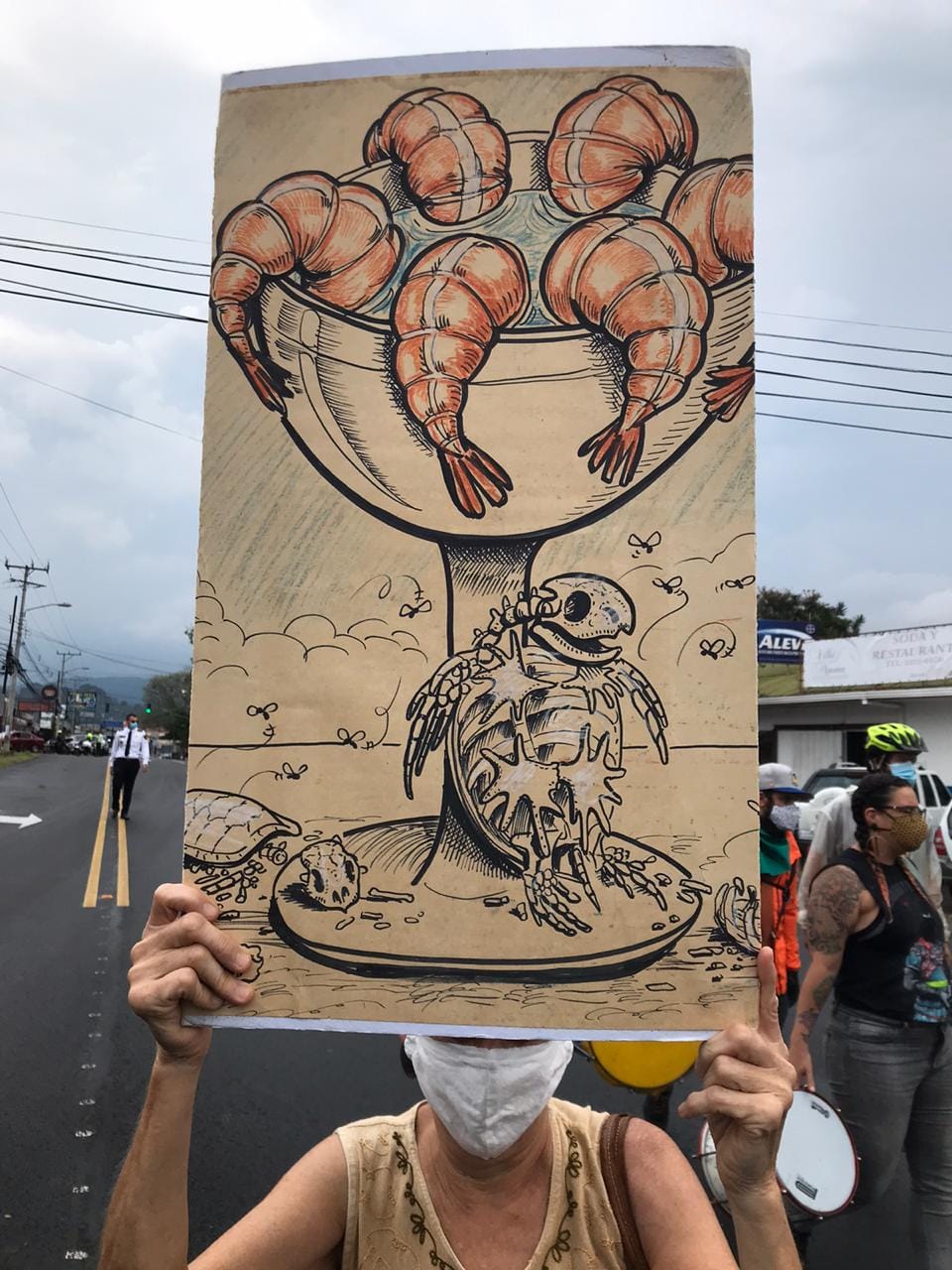 COSTA RICA — Thousands of global citizens and organizations are calling on Costa Rica to oppose the approval of a bill that allows trawl fishing to resume. The decision threatens the health of marine ecosystems and the image of a country known for its environmental leadership.

“This extremely harmful fishing method should be banned, not brought back,” said Marino Castro, legal and policy analyst at Turtle Island Restoration Network. “This decision directly endangers not only marine life but artisanal fisheries that harvest species whose populations have been reduced drastically by past trawling.”

Trawlers drag a net through water behind a boat to target whiting, red hake, dogfish, crab, shrimp, and flounder, but inevitably catches almost everything in their path. The risk of being captured in trawls is so great for sea turtles — many sea turtle species rest and forage on the bottom of the ocean — that special devices known as turtle excluder devices (TED) were created to reduce these risks in some trawl fisheries and allow sea turtles and even small cetaceans to escape the net from an opening at the bottom. Shrimp captured in trawls from Costa Rica have been embargoed by the United States four times for failing to enforce TED regulations.

The Costa Rica Constitutional Court ruled shrimp trawling unconstitutional in 2013 through a resolution declaring that trawling could be reinstated if a significant reduction in incidental catch is demonstrated through technical and scientific support.

The new legislation (approved in a second debate on October 22 with 28 votes in favor and 18 against) instructs the state-run Costa Rican Fisheries Institute to prepare a study within one year to determine how using trawl nets for shrimp capture can be done without affecting the sustainability of the oceans.