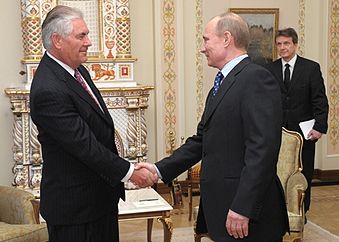 By Turtle Island Restoration NetworkJanuary 9, 2017Resources for the Media
No Comments

In advance of the confirmation hearings scheduled to begin January 11th, 2017, Turtle Island Restoration Network has issued the following statement on Tillerson:

Turtle Island remains skeptical of the appointment of Rex Tillerson to the position of Secretary of State, and is actively opposing his confirmation on behalf of the oceans.

Oil companies have had major negative impacts on the marine environment from the infamous Exxon Valdez oil spill to the more recent Deepwater Horizon disaster in the Gulf of Mexico which killed more than 600 sea turtles and 150 dolphins and whales. We are convinced that Tillerson will promote oil interests above protecting the marine environment at a time when we should be accelerating efforts to further separate oil and water.

ExxonMobil, where Tillerson has worked for 43 years, has been a staunch denier of climate change. Tillerson’s personal climate approach raises red flags since rather than discussing ways to reduce climate changing emissions, he has proposed a strategy of adapting through engineered solutions. These types of solutions, such as the Ike Dike and sea walls, could impair the ability of endangered sea turtles to nest. Failing to address the causes of climate change and associated sea level rise is predicted to lead to the loss of major sea turtle nesting sites worldwide.

We also are concerned about a weakening of the US leadership in promoting international collaboration to protect the oceans. A wing of the Republican party has already called for the elimination of the State Department’s Bureau of Oceans and International and Environmental and Scientific Affairs. Without strong State Department leadership, international treaties and agreements to protect marine species such as sea turtles, sharks, whales, and dolphins may be effectively gutted.

Tillerson has no experience in public service and we are convinced that he will advance an agenda to the detriment of the marine environment.