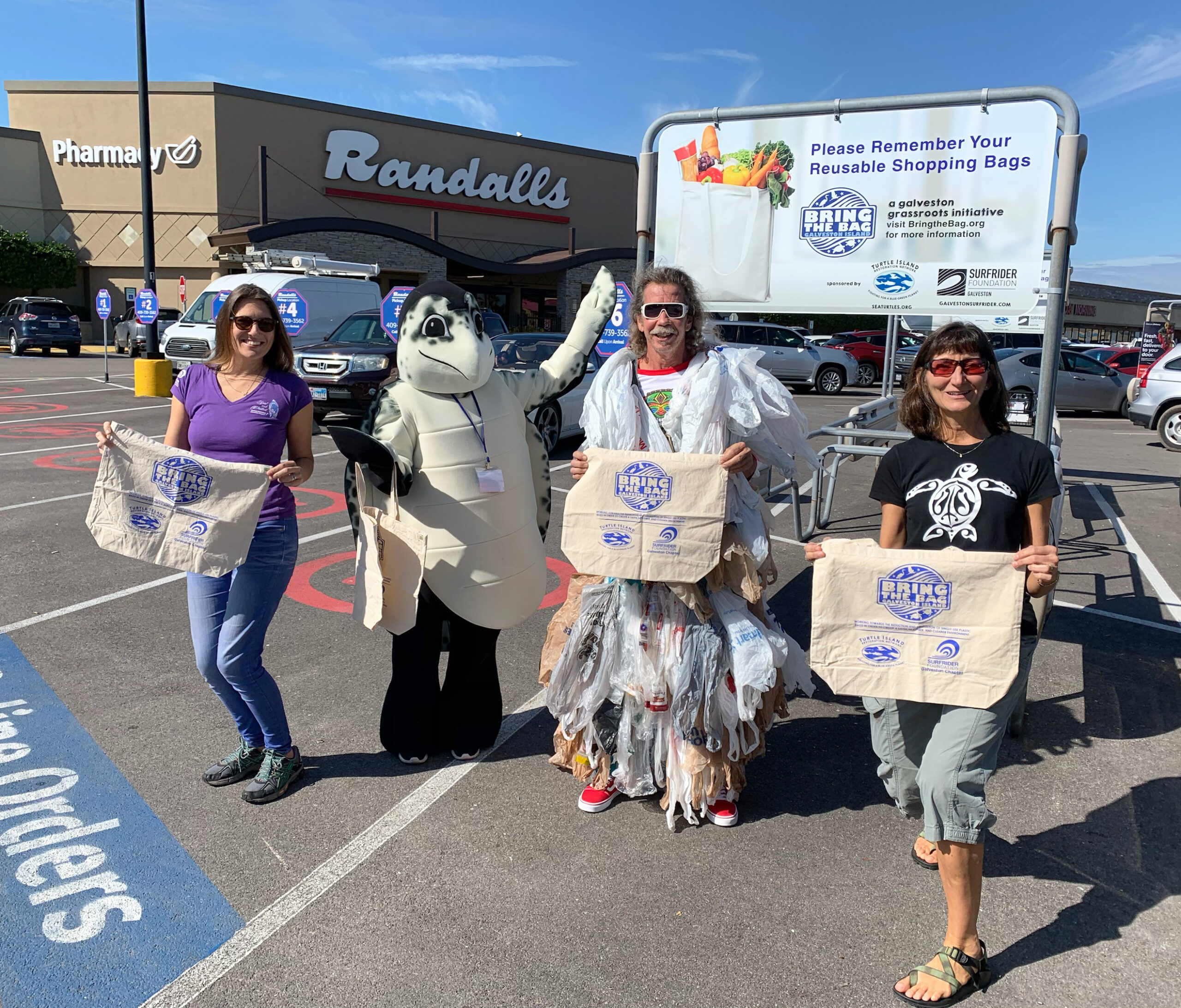 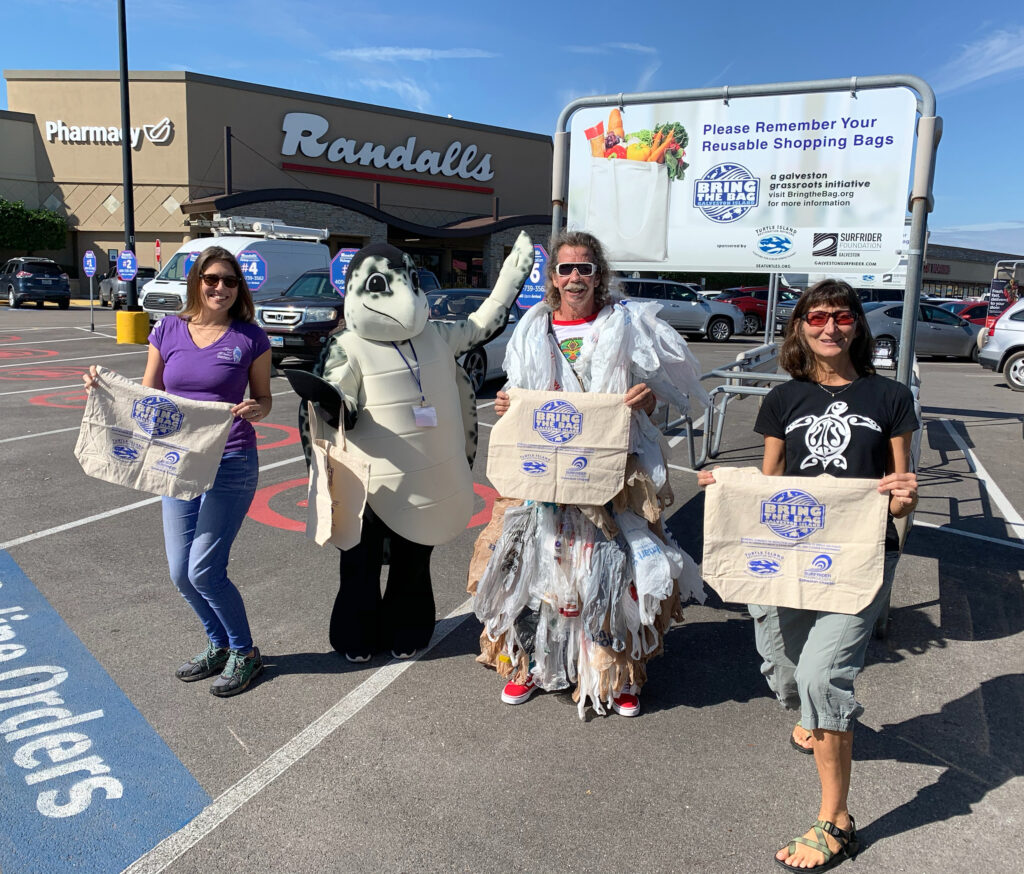 GALVESTON—Turtle Island Restoration Network and the Galveston Chapter of Surfrider Foundation unveiled new signs today for Galveston’s Bring the Bag campaign. The program aims to eliminate waste from single-use plastic bags in Galveston, despite a ruling by the Texas Supreme Court in 2018 that declared it a violation of state law for local governments to impose bans on plastic bags.

The signs, located at Randalls on Central City Boulevard in Galveston, showcase the Bring the Bag campaign and remind customers to bring their reusable bags when grocery shopping to reduce single-use plastic bags in the environment. The groups are hoping to install the signs in other places around town.

“As home to five out of seven species of sea turtle, including the world’s most endangered sea turtle, Texas should be leading the fight towards banning single-use plastic bags—not avoiding it,” said Joanie Steinhaus, program director at Turtle Island Restoration Network. “We need to be the voice for sea turtles, whales, and other sea life that can’t speak for themselves and are dying at the hands of human-produced plastic.”

“Single use plastic bags have become modern day tumbleweeds. They float easily in the air and water, traveling long distances, never fully breaking down. In addition to harming wildlife and the environment, they too often become unsightly litter all over our beautiful island,” said Jeff Seinsheimer, chairman of the Galveston Chapter of the Surfrider Foundation.

Between 500 billion and a trillion plastic bags are consumed worldwide each year, and these bags are used for an average of 12 minutes. With Galveston’s close proximity to the Gulf of Mexico, Galveston Bay and West Bay, there is a strong possibility for single-use bags to enter a waterway, harming and killing marine life like sea turtles that often confuse plastic bags for food.

To help the City of Galveston work towards the reduction and elimination of single-use plastic bags in order to create a safer, healthier, and cleaner environment, Turtle Island Restoration Network and the Galveston Chapter of Surfrider Foundation created the Bring the Bag initiative. Galveston residents can participate in Bring the Bag and help keep our oceans clean by remembering to use reusable grocery bags when they shop.

Turtle Island Restoration Network is a global nonprofit whose mission is to inspire and mobilize people around the world to protect marine biodiversity and the oceans that sustain all life on Earth. Learn more at www.seaturtles.org.

The Surfrider Foundation is dedicated to the protection and enjoyment of the world’s ocean, waves and beaches through a powerful activist network. Learn more at www.galvestonsurfrider.com.